Is your kitchen sabotaging your weight loss? It might be, say a raft of scientific studies. How? You can probably figure it out yourself. Ice cream calling from the freezer. Cookie jar on the counter. Comfy stools around a kitchen island luring you to linger. Let’s face it, most kitchens are Temptation City. The good news: There are simple kitchen hacks for weight loss that can lead to diet success.

1. Keep a bowl of fruit on the counter. 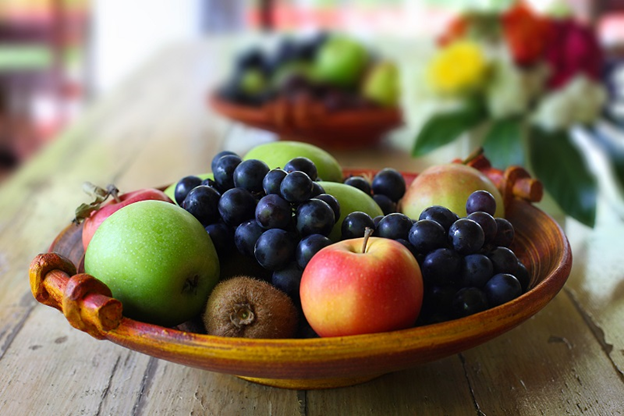 The presence of fruit in plain sight was linked to lower BMI (body mass index, a measure of obesity) in two 2016 studies that looked at real kitchen counters in Syracuse, NY and measured height and weight of home occupants. More important than storing fruit on the counter is what NOT to store there. When candy, cereal, soft drinks and dried fruit were visible on kitchen counters, study participants were found to weigh as much as 30 pounds more than people who kept those foods stashed away. The takeaway: Out of sight, out of mind. The sight and smell of food nearby tends to stimulate the desire to eat, as anyone who has ever smelled cinnamon buns baking at the mall can attest.

2. Get rid of clutter—at home and in your mind. 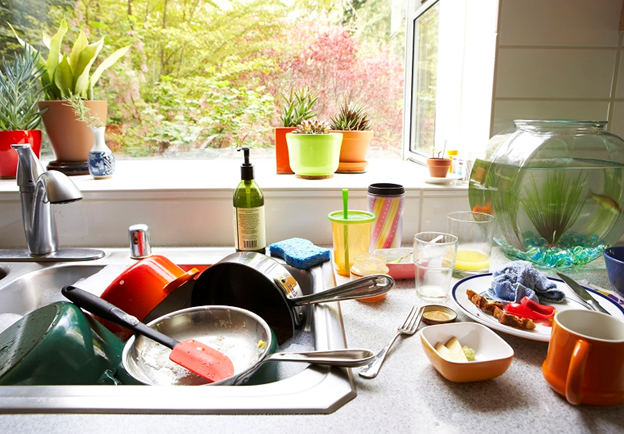 A major no-no when looking for kitchen hacks for weight loss? Messy kitchens. Messy, cluttered rooms—and feeling out of control mentally—may stimulate you to eat more, says a 2016 study published in the journal, Environment and Behavior. The women in the study were asked to do two things: First, to write about a time in their lives when they felt out of control or when they felt totally in control. Second, to taste and rate cookies, cracker, and carrots in one of two kitchen conditions, one that was neat and orderly, and the other that was strewn with dirty dishes, mail, and newspapers. Those who wrote about feeling out of control and experienced the chaotic kitchen ate 103 calories more than those whose minds and kitchen conditions were calmer and more peaceful. So take a few deep breaths when you’re feeling stressed—and clean up that kitchen! 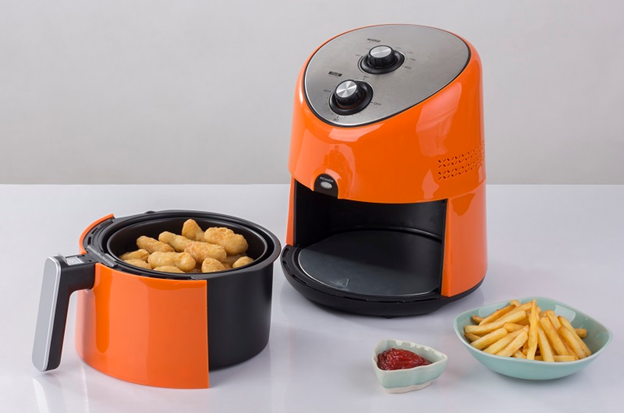 Here’s one kitchen gadget you’ll want on your counter. Not only can you whip up a meal in less time than traditional methods—and use less oil doing it—studies have found you can cut calorie intake by 70 to 80 percent on average, according to the Cleveland Clinic. Your “fried” chicken will be crispy on the outside, moist on the inside, and far healthier for you than if you made it the old-fashioned way. 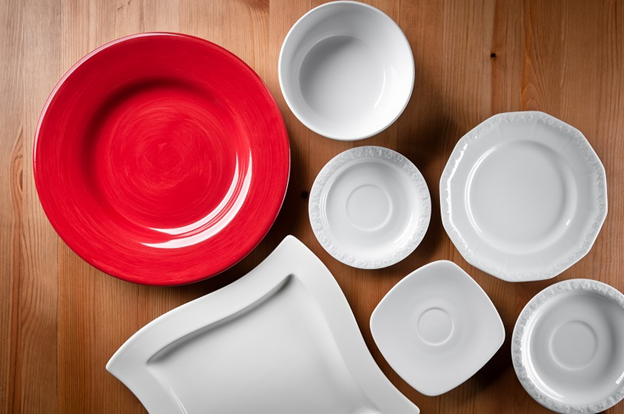 Studies have found that you’re likely to eat less if your plate is red.

According to one 2012 study in the journal Appetite, “red functions as a subtle stop signal” that keeps you from overdoing it. You don’t have to buy an entire set of red dishes—just have one that you use for snacks and meals.

5. When it comes to snacks, think portions. 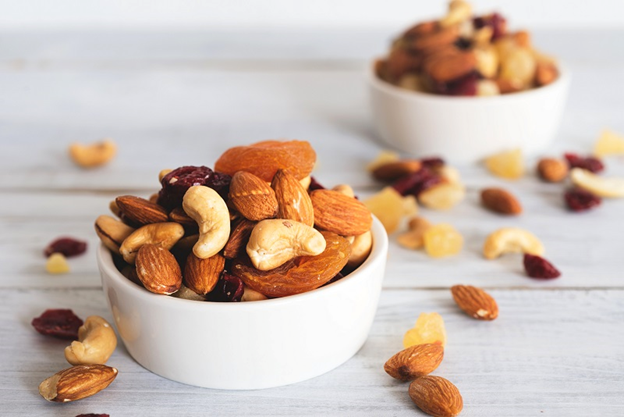 There are many snacks that are perfectly portioned as single servings.. To avoid overdoing your favorite foods, repackage them in appropriate portions—such as two Tablespoons of almond and pistachios, one cup of cut melon, one cup of grapes—so these healthy snacks are handy.

6. Get rid of those stools. 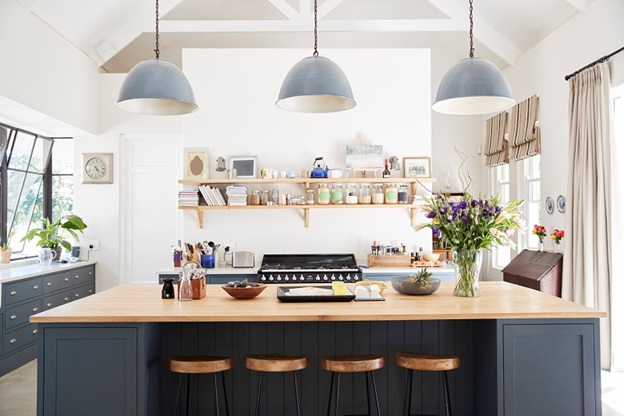 The kitchen is often the heart of the home so it’s easy to gravitate there, even for tasks that don’t involve eating. Because it’s too tempting to be near food when you’re dieting, avoid working, chatting with family members, or talking on the phone in the kitchen. In fact, unless you’re preparing a meal, the kitchen should be forbidden territory. 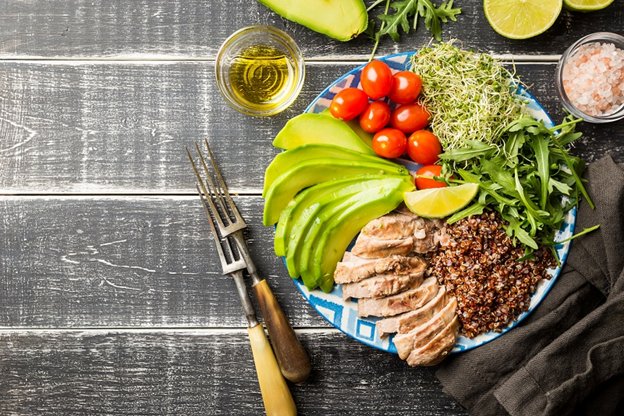 Instead of placing food on the table, make up plates in the kitchen. If you put serving dishes on the table, it’s an invitation to “seconds.” Remove plates from the table when you’re finished eating. The further you’re away from food, the less tempting it is, found one 2013 study in the online journal, PLoS One.

8. Do a diet sweep of your cabinets and freezer. 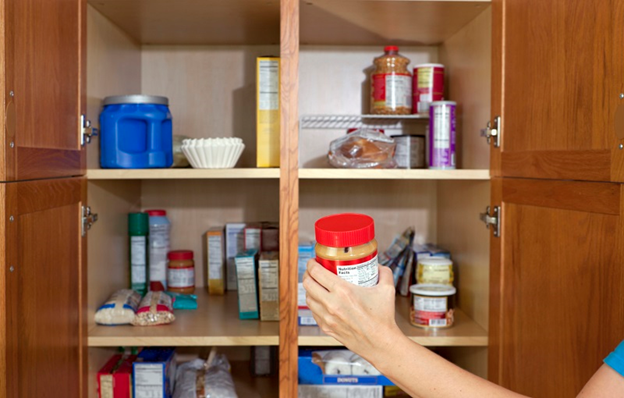 Ideally, you should get rid of any foods in your kitchen that you know will be too tempting before you start on your healthier lifestyle journey. Besides, you’re going to need the space for your perfectly-balanced, delicious snack and meal prep. If throwing away unopened packages of pretzels or tossing frozen pizzas makes you feel wasteful, considering donating what you can to a local food pantry or charity. 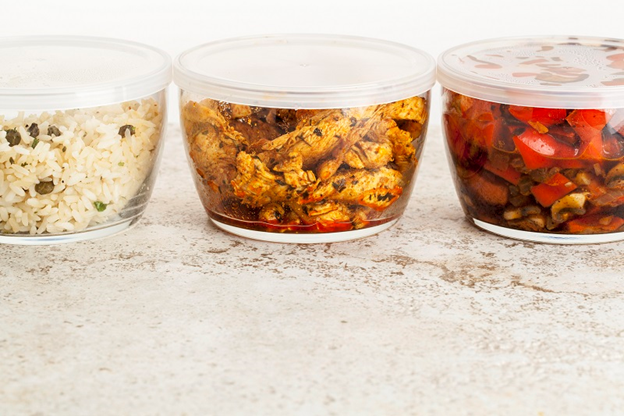 Of all the kitchen hacks for weight loss, this one seems like a no-brainer. You don’t want to open the fridge and have something delectable staring at you if it’s not on your menu for the day. Wrap leftovers in foil or freeze them. If you can’t see it, you’re going to be less tempted to eat it. If you have to have high-calorie or unhealthy foods around for the rest of the family, hide them, too. Repackage them in foil or opaque containers and tuck them where they’re hard to reach.

10. Keep your water bottle or glass within view. 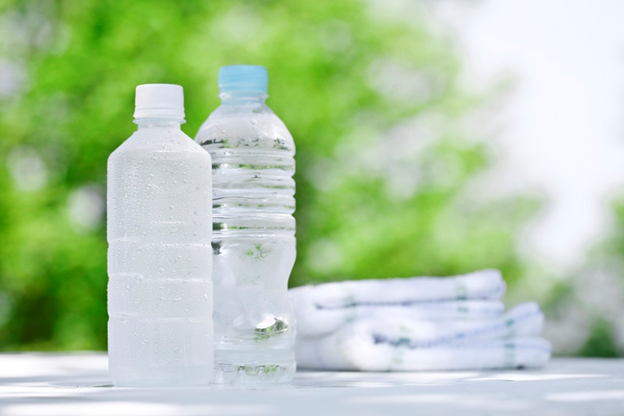 Drinking water every day helps you beat dehydration. It can also help you feel full, so you don’t eat as much. So invest in a couple of water bottles or cups you love and keep one by the sink as a friendly reminder to drink more H2O.